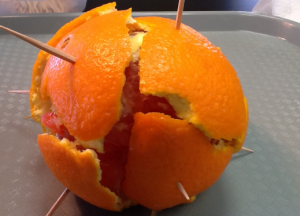 This project aims to build unifying scenarios for temperature (basin heat flow), burial, exhumation and stress-deformation history of gas shale formations in the Netherlands, which can be used for basin modelling, for in-situ stress modelling and for the pre-drill assessment of geomechanical properties and fractures. As input, public datasets from the mapping of the subsurface of the Netherlands by TNO will be used.

Deliverables of the project are:

Since the project started in April 2014, we have performed an extensive analysis of the existing geophysical and geological data on the basis of which we developed a new hypothesis on the origin of the structural grain and its control on later tectonic processes. The same analysis has led to a new crustal terrain map.

Since then, the focus was on the implications of regional partitioning on crustal rheology on stress and deformation and the application of these regional insights to the Southern North Sea and its subbasins. These data in combination with the thermal data will form the basis for the temperature reconstructions, the analysis of sweet spots and the further assessment of field scale implications.